Member of the Royal Society of Sculptors
click to make enquiry

Born in Cornwall in 1974, Hillier studied at Falmouth College of Art, then at Newcastle University. After graduation Hillier held a research post at Newcastle University for a number of years, whilst making a series of exhibitions in the UK. In 2003 qualified for his Master in Fine Art Sculpture at Tulane University, New Orleans. With seventeen large-scale permanent sculptures in public places, Hillier is one of the most prolific artists in the public realm. Making connections with humans, who we are and where we have come from. ‘Interred’ demonstrates a connection with the earth and the limitations of life on this earth, the form is built up of folded layers which could be interpreted as waves or roots which look as if they have cocooned the figure. This is symbolic of the connection between humans and the elements. 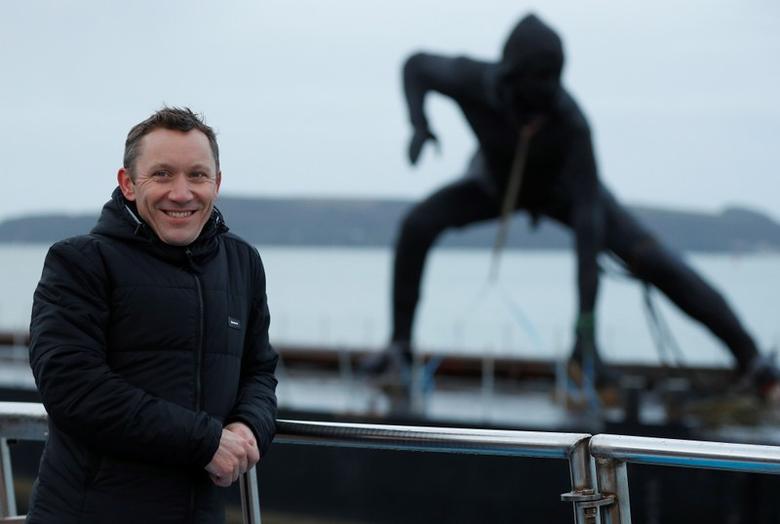 The ‘Messenger’ is a lifesize version of Hillier’s largest bronze to date. The full size version sits perminantly in front of Theatre Royal, Plymouth, weighing in at nine and a half tonnes, with a height of seven metres (23ft) and nine metres (30ft) wide. ‘Messenger’ by Hillier is the largest cast bronze sculpture in the UK. It was commissioned by the Theatre Royal Plymouth as part of their regeneration project. 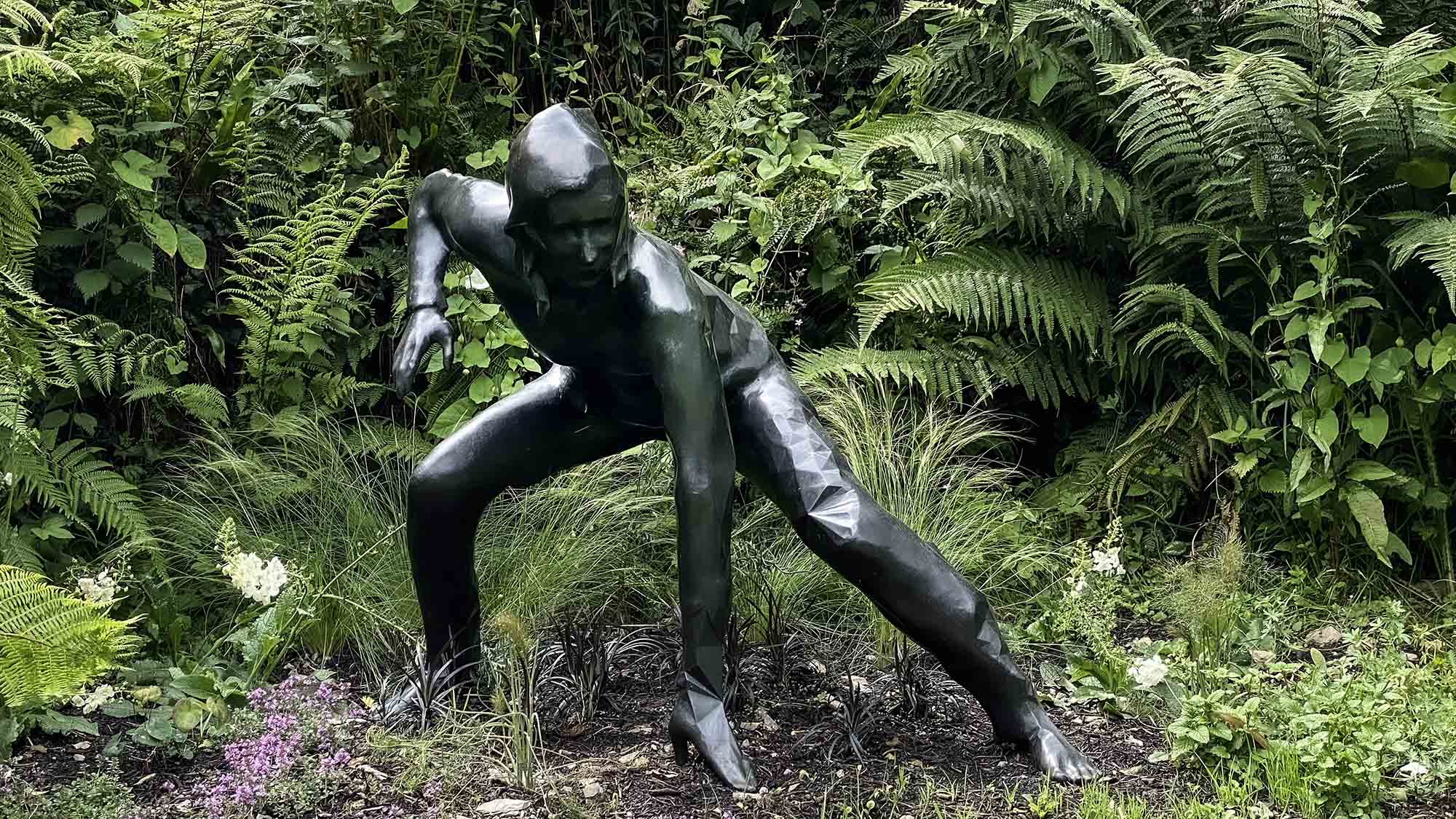 Making connections with humans, who we are and where we have come from. ‘Interred’ demonstrates a connection with the earth and the limitations of life on this earth. The form is built up of folded layers, which could be interpreted as waves or roots, and they look as if they have cocooned the figure. This is symbolic of our connection and vulnerability to the elements.

2012 Myles Meehan Gallery, it’s not true, but it might be beautiful, solo exhibition

2005 Exhibited at Burghley Sculpture Garden as part of  ‘Sculptors Drawing”

2019 Messenger, a major new 7 meter bronze for the city of Plymouth.

2012 I imagine you think, you think I imagine, Commission for Newcastle University

2009 In Our Image, Commission for 16.7m sculpture for Newton Aycliffe

2006-9 now, then and always, Commission for Tullamore District Hospital, Ireland

2007 Moving Matter, Commission for The University of Hull

2007 Beyond Number, Commission for Popley, Basingstoke

2007-8 Residency with the Environment Agency across Northeast England

2004 Elected associate member of the Royal British Society of Sculptors

2000 ‘Year of the Artist’ Award from the Arts Council

Joseph Hillier is a British Artist, raised in Cornwall who has lived and worked in London, New Orleans and now Northumberland. He is an elected Fellow of the Royal Society of Sculptors and has created over twenty public works. His work is an exploration of the human, relative to the geometry and constructs of contemporary culture. Hiller re-makes the human body in various materials and via ancient and recent advances in technology, framing his figurative works in the current culture. Hillier studied at Falmouth school of Art, Newcastle University and Tulane University, New Orleans where he completed his MFA. Recent solo and group exhibitions include The British Art Fair, Saatchi Gallery, Digital Rendition, Royal Society of Sculptors, Cheeseburn Sculpture, Northumberland, and Beaux Arts London. Hillier’s work is held in private and public collections across Europe and America. His public works have ranged in scale from the monumental In Our Image, a 17m high figurative construction in County Durham to the miniature, series of fourteen neo-pastoral vignettes in Lincolnshire, Portrait of a Town:  Spalding. He has recently completed his most ambitious public work to date, Messenger, which sailed in to the city of Plymouth at dawn on the 18th March 2019. The work depicts the fleeting action of a performer cast in 10 tonnes of bronze at 9m in width, the largest cast bronze sculpture in the UK.