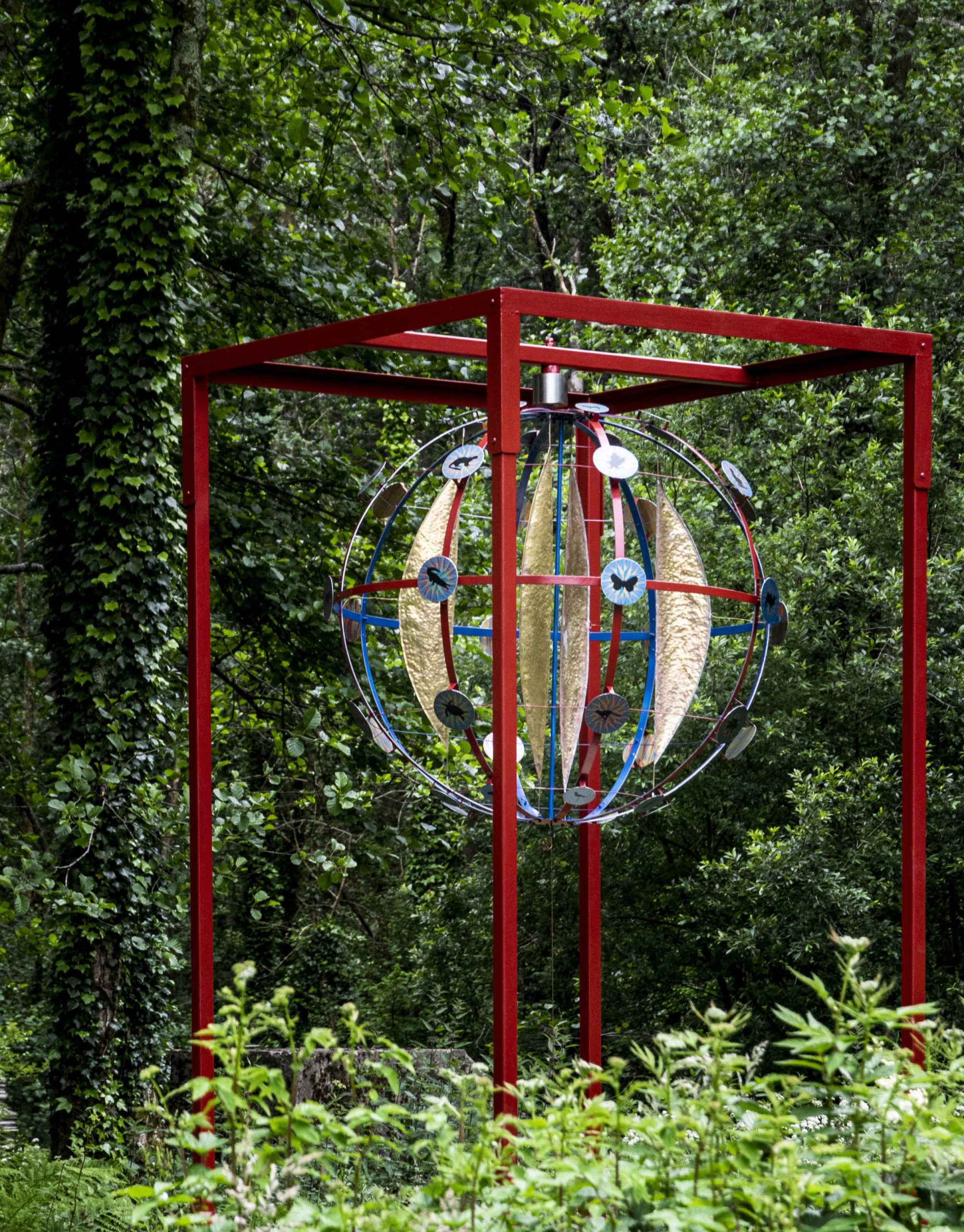 “This kinetic sculpture is an exploration of the relationship’s humans have with other animals and our shared connection to the earth for survival. Most of the earth’s animals that have been tested by scientists have demonstrated the ability to sense the earth’s magnetic field. This sense is called ‘magneto-reception’ and they have used this sense to orientate and navigate the air, sea and land for thousands of years.” 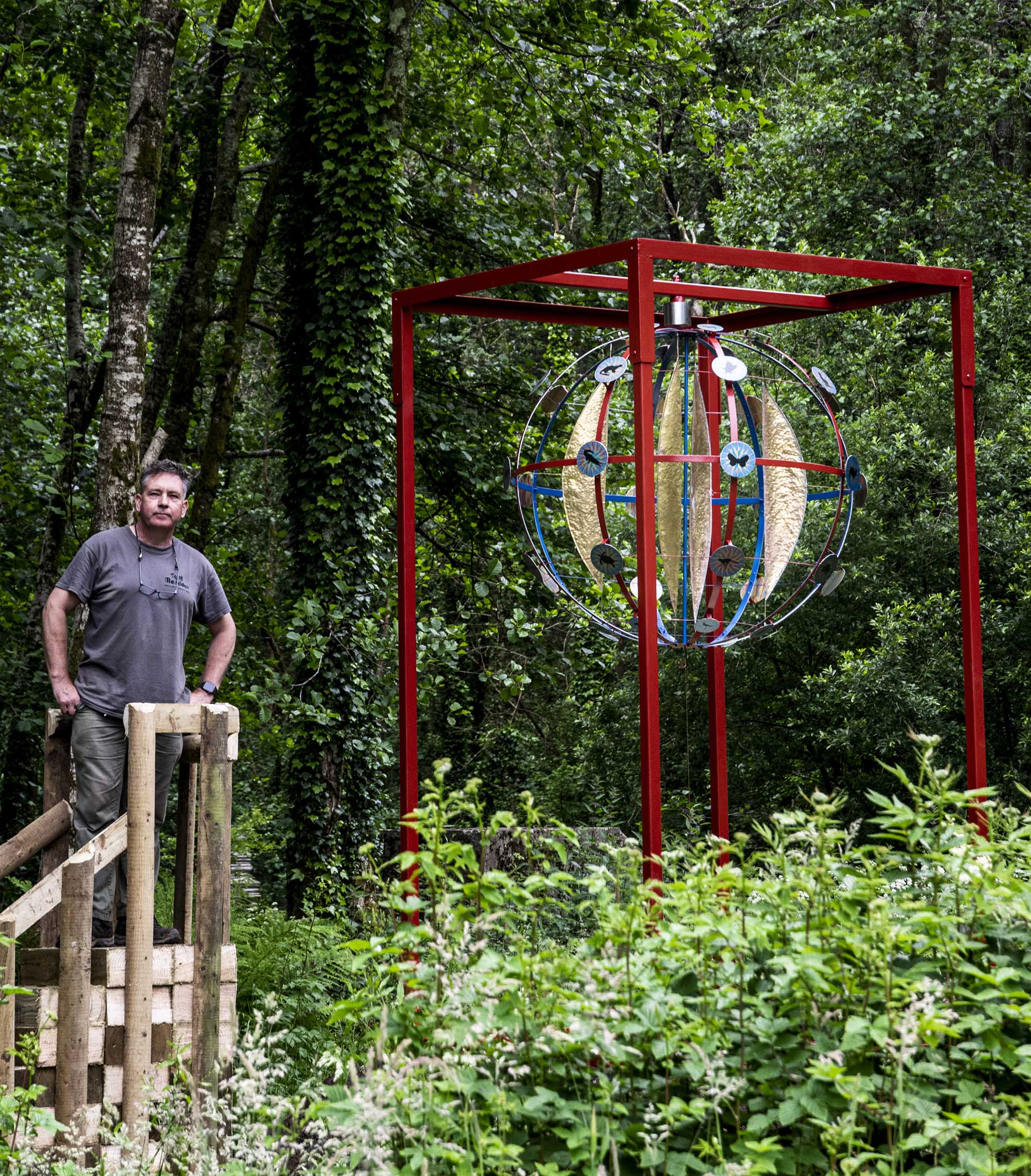 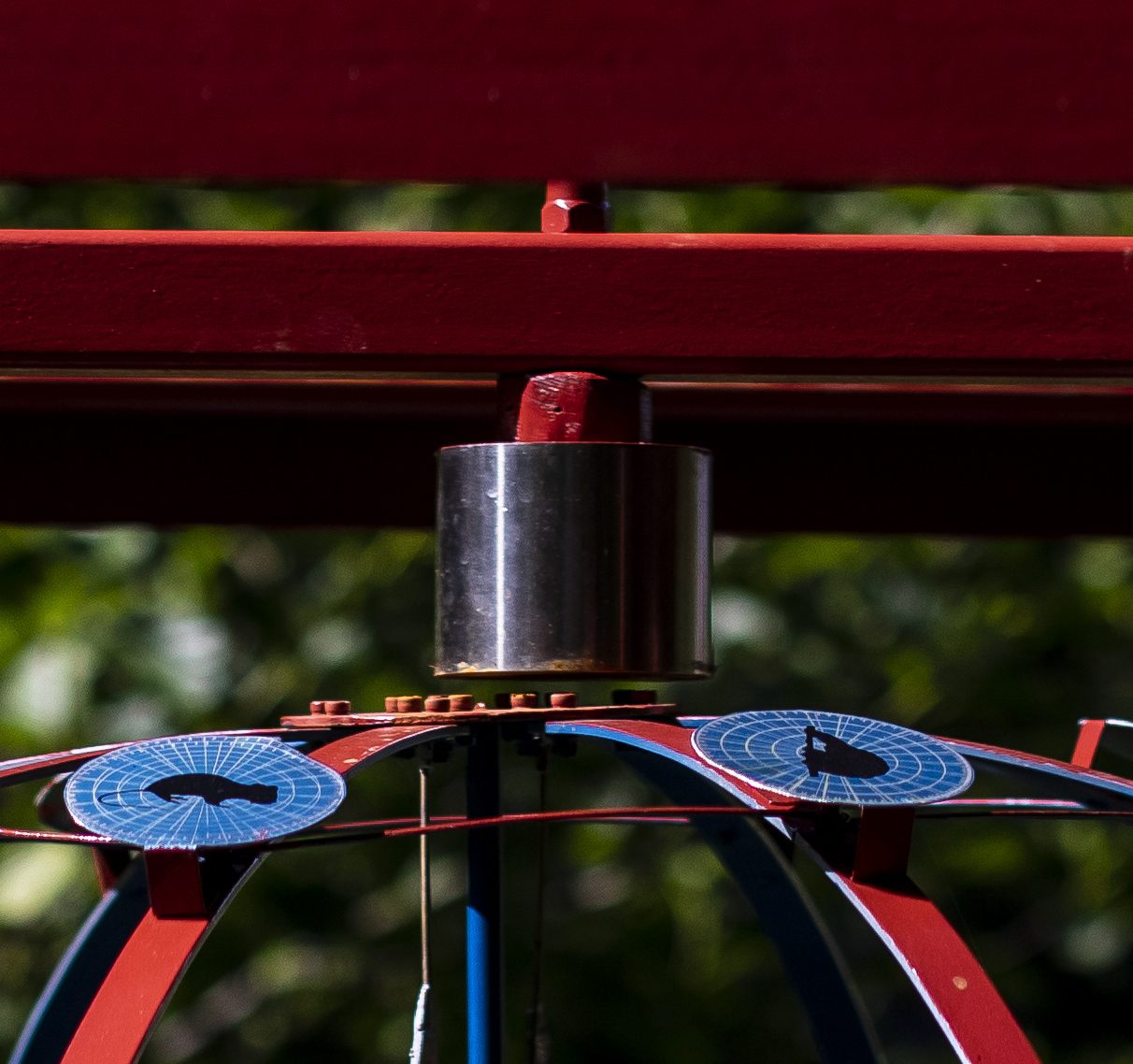 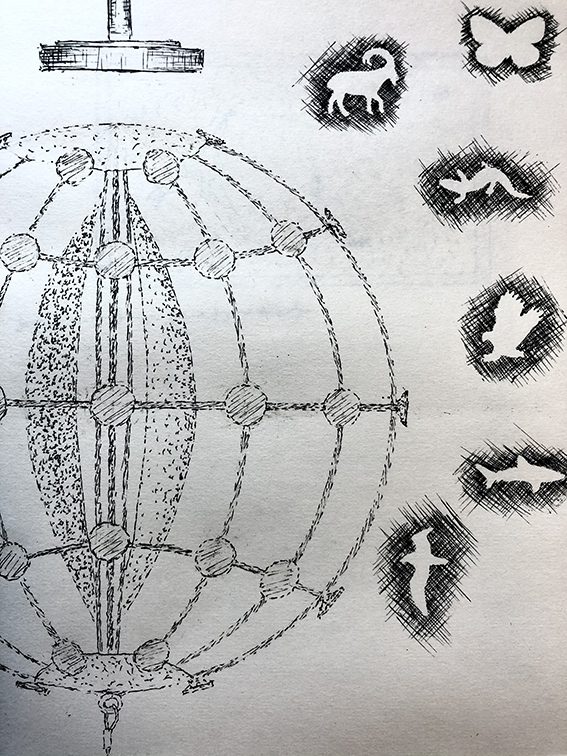 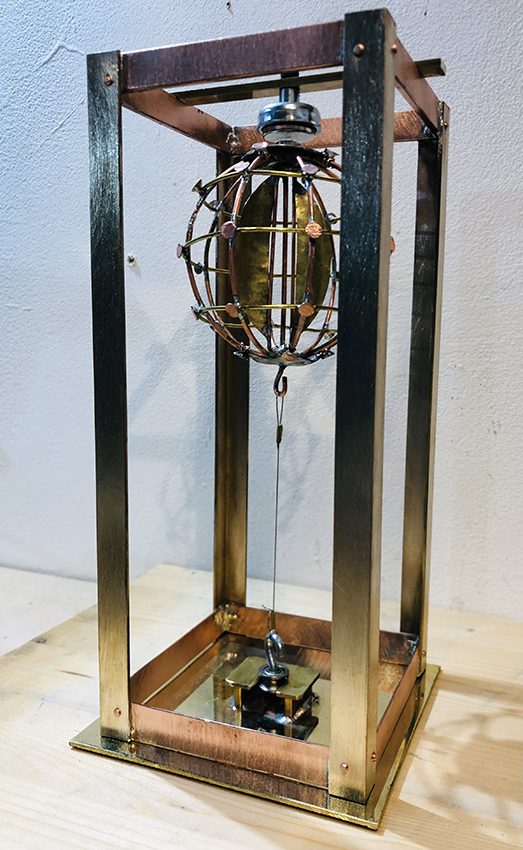 A visual representation of humanity’s disconnection with the earth

This kinetic sculpture is a continuing exploration of the relationships humans have with other animals and our shared connection to the earth for survival.

Most of the earth’s animals that have been tested by scientists have demonstrated an ability to sense the earth’s magnetic field. This sense is called magneto-reception and they have used this sense to orientate and navigate the air, sea and land for thousands of years. We humans on the other hand have demonstrated, in extensive laboratory-controlled tests, that we don’t have this sense of the earth’s magnetic field. We have literally lost our sense of direction because our internal compass doesn’t work.

We are currently witnessing the early stages of the ‘Sixth Great Extinction’ where many more animals are becoming extinct around the world compared to the usual background rate by a magnitude of 100x. Whatever the individual causes of these extinctions, be it global warming, habitat loss, the industrial use of chemicals by farmers, water shortages, to name a few, there is consensus among scientists that it is because of human activity. Uncomfortable though it is for all of us, we are trending towards a bleak and impoverished future.

‘On the Brink’, shows just a few of the thousands of animals that are on the IUCN (International Union for the Conservation of Nature) ‘Red-List’, these are animals in decline and face being wiped out in the near future. The discs are made from anodised aluminium with a printed ‘compass rose’ forming the background to the silhouetted animals.

The Globe you see is actually floating, it is being pulled up by a powerful magnet that is screwed to the steel frame and is held to the ground by a wire and heavy weight at the bottom. There is a 2cm gap between the top of the globe and the magnet above. It is an invisible magnetic field which bears the weight of globe structure, made from aluminium (which isn’t magnetic) and a plate of steel at the north pole which provides the pull towards the magnet.

Internal to the globe are sheets of brass acting as sails, as the wind blows the globe is turned in space. The wire attached to the base plate hides a tapered bearing that allows the globe to turn without too much friction despite the heavy weight it is counterbalancing.

The overriding metaphor of an invisible magnetic field is one which attempts to visualise humanity’s disconnection with the earth and its ancient cycles, it says that we, as a species, have metaphorically as well as literally lost our sense of direction. 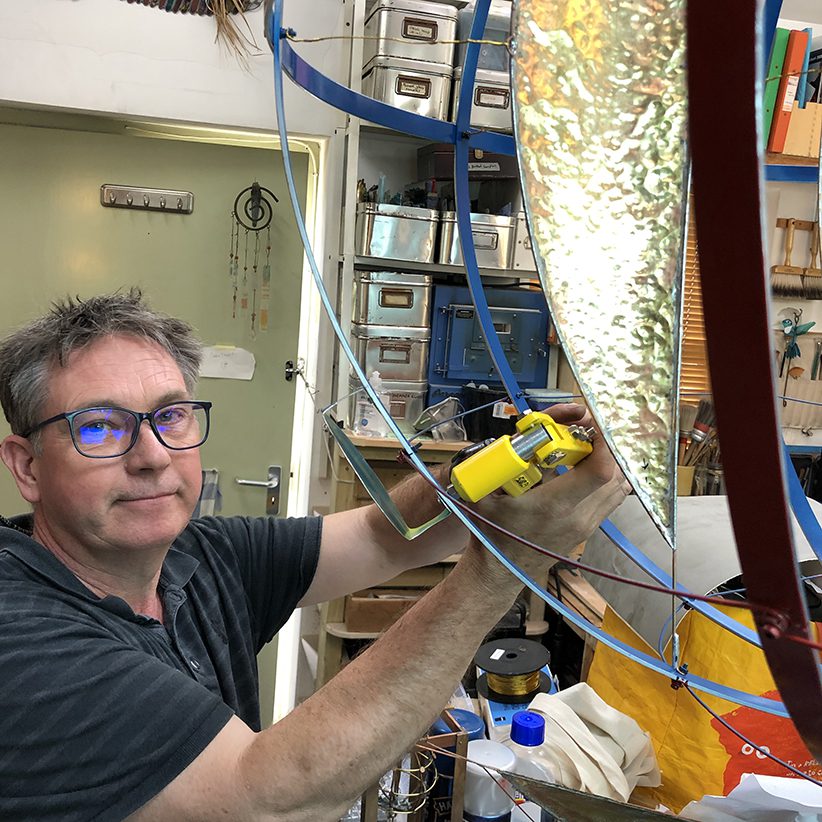 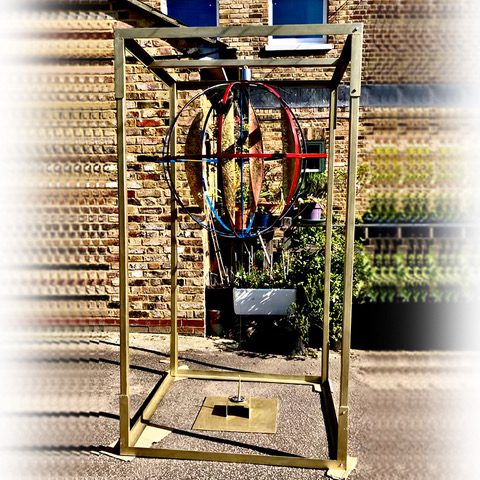 I’ve recently graduated (with distinction) as an enthusiastic mature student from an MA in Art and Science. This has been the latest stage in a process of re-establishing and refocusing my career in Fine Art after a 20 year gap. My work uses ideas in science as an integral part of my mixed media art practise which underpins visual and conceptual explorations within each piece of work. I am able to bring a wealth of experience and numerous practical skills from running a stained glass studio, dealing with public, private and religious buildings across the UK as well as making a number of works for more established artists.